WIB unite with the GFSB 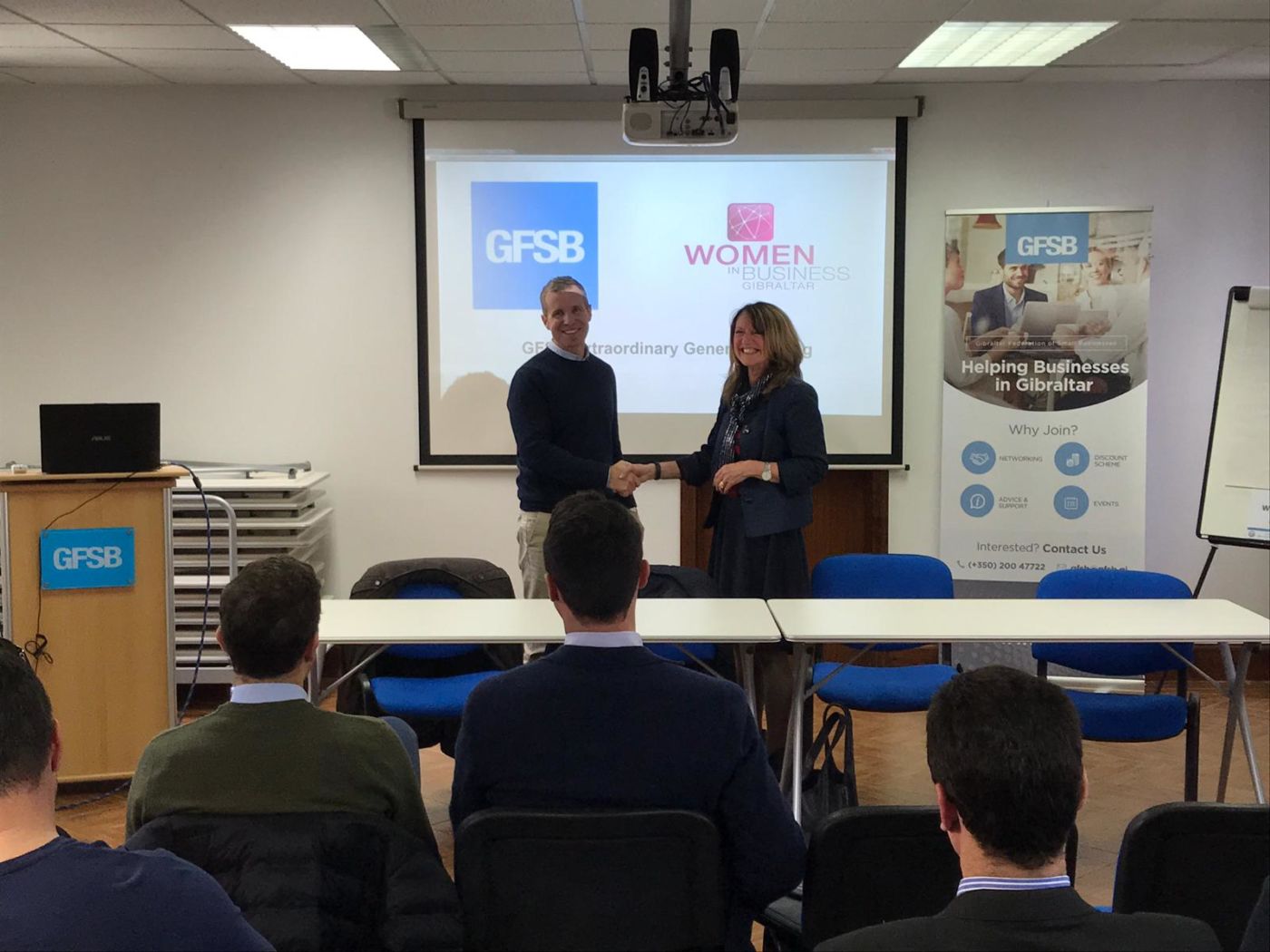 Women in Business unites with the GFSB
On Thursday 12th December 2019 at our EGM the GFSB membership voted unanimously for changes to the GFSB constitution to include provision for the unification of Women in Business Gibraltar with GFSB. GFSB WIB would continue to focus on providing networking opportunities and support for professional women as well as enabling the GFSB to implement diversity and inclusion policies impacting its membership and Gibraltar businesses.

Women in Business Gibraltar was established in the 1990’s by Lydia Darham and Dr Diane Sloma, under the name “The Gibraltar Business Network”. The GBN supported many causes, including the abolishment of estate duty, and the equal responsibility of women as jurors in the judicial system.

In 2013, the Gibraltar Business Network re-launched as “Women in Business Gibraltar”, and by 2017 WIB had over 100 members and held regular breakfast meetings as well as hosting the annual International Women’s Day dinner.

In 2017, under the current Chair Janet Brear, WIB began to explore ways of modernising the network and aligning WIB’s profile with modern approaches to professional diversity and inclusion as highlighted on an annual basis by the International Women’s Day movement. In particular, the concern was that WIB needed to move away from being perceived as a women only network and to engage in dialogue at a professional level with all professional peers.

In 2018 WIB members voted for a WIB collaboration with the Gibraltar Federation of Small Businesses (GFSB) and in February 2019, five WIB members, who were also members of the GFSB in their own right, were elected onto the Board of the GFSB.

Of the unification, Janet said “We are often asked whether a ‘women’s business network’ is still necessary. At present, the issues and concerns affecting women in the workplace continue to require attention. There are still far fewer women in the boardroom and in politics than there are men, and there is still a considerable pay gap between men and women in like roles. Groups like the GFSB Women in Business still have work to do”.

Julian Byrne, chairperson of the GFSB said “The GFSB is very pleased with this next step forward, the unification of WIB and the GFSB makes perfect sense. We are all working towards the same goals of making Gibraltar a great place to do business, and support business owners along the way. With a greater diversity both on the board and in our membership, we can represent our society in a more balanced way. We look forward to working as one.”