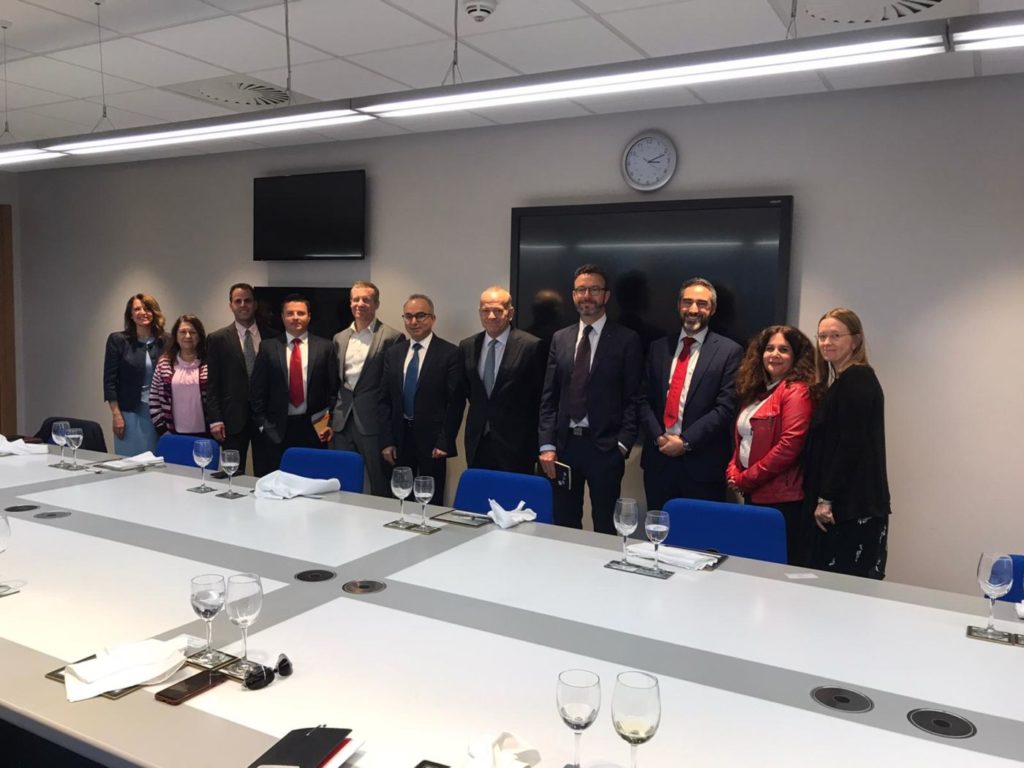 The GFSB board would like to inform members that we were invited to a lunch meeting with the Chief Minister, Minister Isola and Minister Daryanani on Wednesday.

The meeting was informative and the Chief Minister was very interested in hearing what the business community had to say on moving forward after BREXIT. There was a lot of discussions on a number of possible situations and we hope to have a Breakfast club soon on this to better inform you all and get your feedback.

Some of the other issues which were also discussed included issues like the Gibraltar Nurturing Scheme, vacancy fees, working from home, the Main St BID and obviously the Coronavirus.

One issue that the Chief Minister assured the board of was that the Vacancy Fees would be done away with completely once the e-Gov is up and running. Which Minister Isola said for the Employment Dept should be in the next few months.

Overall we believe we were able to represent a lot of our members’ issues and concerns and will continue to do so in any meetings we are involved with. 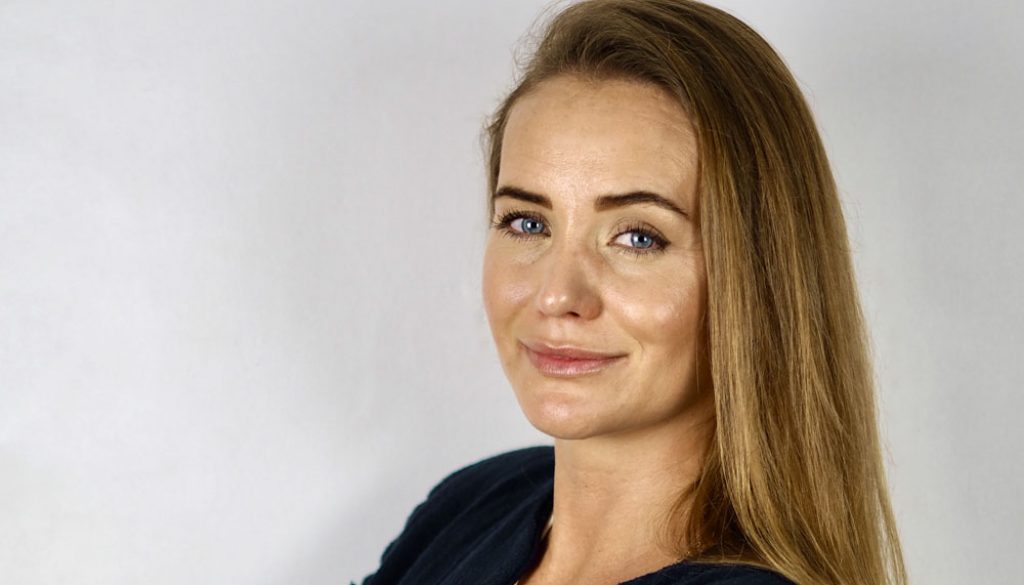 ‘The Mosaic Partnership, who are tasked with developing the Main Street BID welcomed the newest addition to its team, Jade Edinburgh BA.
Jade is a multidisciplinary strategist, specialising in data-driven business intelligence and collaborative organisation development, and current Project Manager of the Main Street BID.

Working closely with the Project Director, Jade has been charged with implementation of The Mosaic Partnership’s Programme timetable. She will continue with the ongoing market research and consultation of businesses within the BID area, assist with the development of the BID business plan and act as the local liaison for the project.

Born and raised in Gibraltar, she is a firm believer in the power of businesses to make a difference in their place, and looks forward to the opportunity to make a positive impact in Main Street and the surrounding areas. Outside of managing the BID project, Jade is involved with a number of online businesses, enjoys practising yoga, getting out in nature and training in kickboxing’. 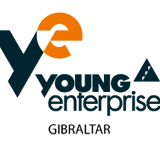 I would like to wish you a Happy New year and invite to consider supporting the young people involved in Young Enterprise Gibraltar this year.

Find out how Young Enterprise Gibraltar is working to broaden the scope and opportunities for our young people.

If you run a business or are experienced in the various aspects that make a business function, then maybe you can provide some guidance, direction or tips to our young budding entrepreneurs.

We have a broad church of volunteers and we will endeavour to guide you in order to make it impactful for the students and fulfilling for the volunteer.

We have a number of programs planned for the current academic year the flagship of which is the Company Program which is now in its 12th year.

It should not take a lot of your time and provides an opportunity for you to support and guide aspiring entrepreneurs.

The Company Program creates a safe environment for our students to make the mistakes necessary, setting up and developing a business, as part of a learning process and the learning journey through the academic year is the key output. However we do have a competition final gala event in June too.

If you are interested and would like more information please email me on ian.torrilla@youngenterprisegibraltar.com. I will be more than happy to meet up to discuss further what we do. 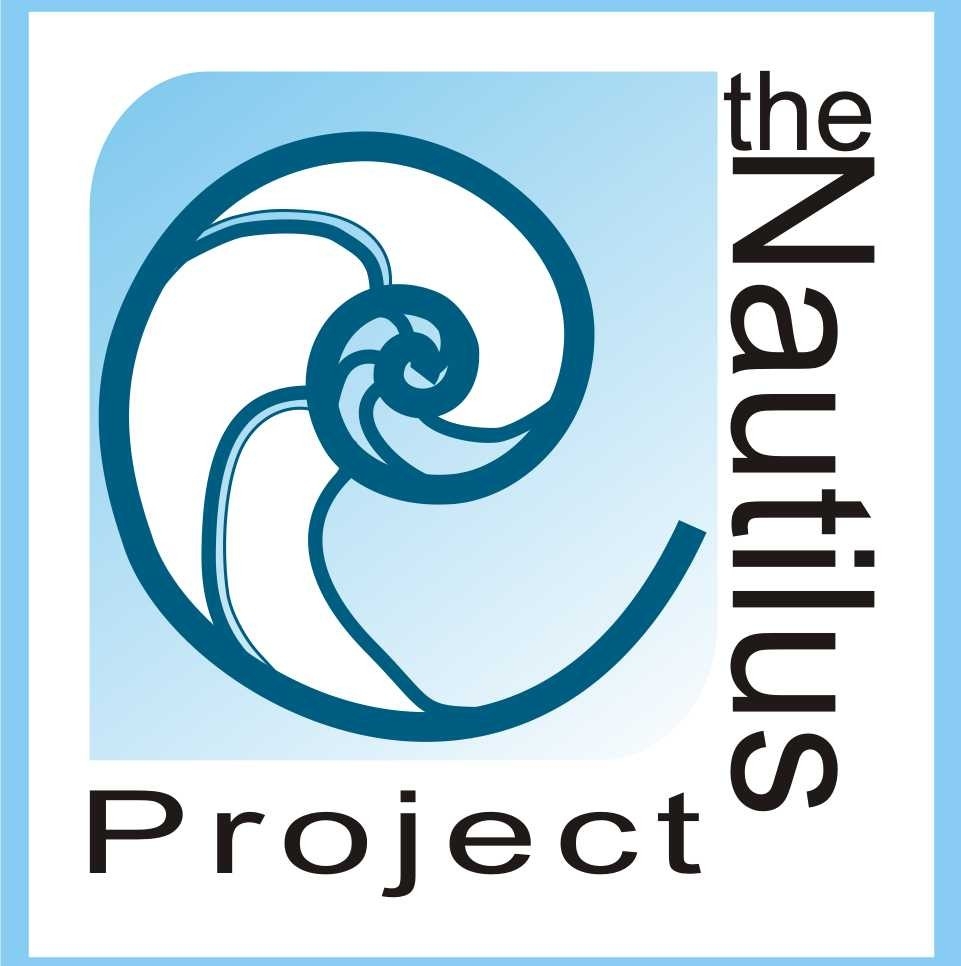 GFSB partner with The Nautilus Project

We are really excited to announce that after last year’s great success, we will be hosting our 2nd Gibraltar Sustainable Business Awards in collaboration with the GFSB.

A date is yet to be set for the actual prizegiving ceremony albeit this will be in early June 2020 in conjunction with World Oceans Day.

We are on the lookout for local businesses that have implemented the most number of green initiatives at work. Examples may include (but are not limited to):

a. Awarded the most TNP certificates since accreditations began.
b. Implemented Energy Saving practices.
c. Cutback on single use plastics.
d. Recycling within workplace.
e. Reduction in CO2 emissions.
f. Sustainability within the workplace.
This award will be presented to the local business with the most green credentials implemented over the past year. Deadline for entries is: Friday 22nd May 2020 (end of the working day)

Entries are to be sent via power point presentations to info@thenautilusproject.com on or before the above date.

We look forward to receiving your submissions. Last year’s standard was absolutely amazing and we trust this year is yet to supersede. 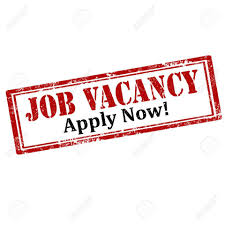 The GFSB is looking for a part-time employee to help set-up the BID. If you are interested please see the job description and specifications below and send your CV’s to gfsb@gfsb.gi or call (+350) 200 47722. 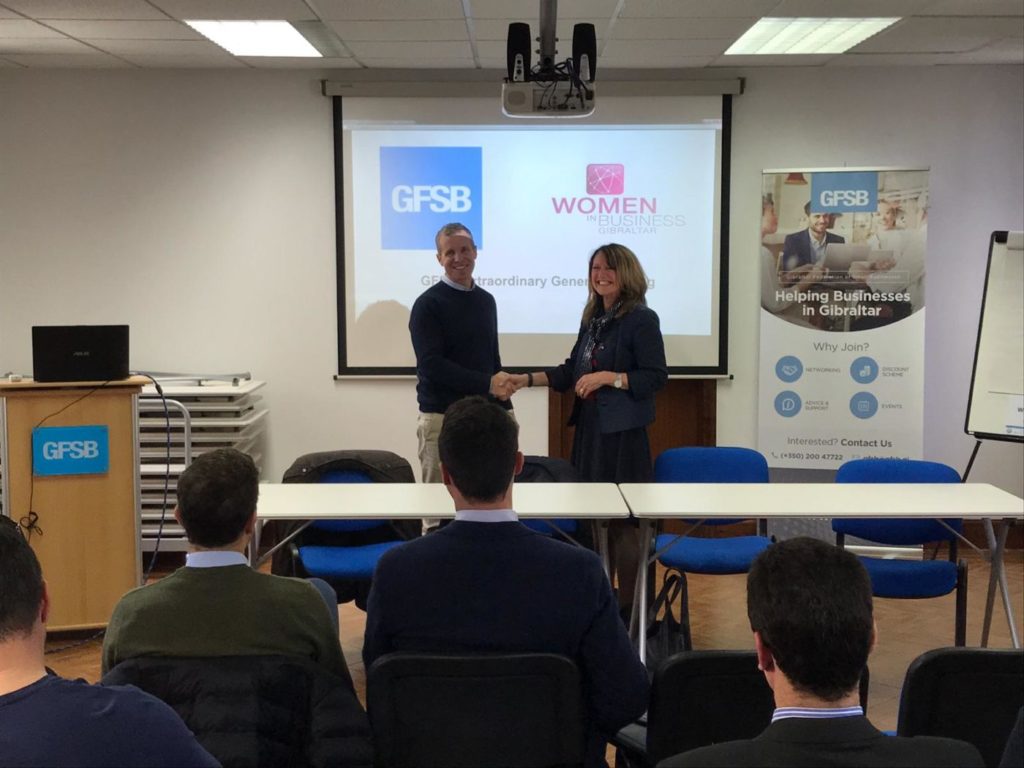 WIB unite with the GFSB

Women in Business unites with the GFSB
On Thursday 12th December 2019 at our EGM the GFSB membership voted unanimously for changes to the GFSB constitution to include provision for the unification of Women in Business Gibraltar with GFSB. GFSB WIB would continue to focus on providing networking opportunities and support for professional women as well as enabling the GFSB to implement diversity and inclusion policies impacting its membership and Gibraltar businesses.

Women in Business Gibraltar was established in the 1990’s by Lydia Darham and Dr Diane Sloma, under the name “The Gibraltar Business Network”. The GBN supported many causes, including the abolishment of estate duty, and the equal responsibility of women as jurors in the judicial system.

In 2013, the Gibraltar Business Network re-launched as “Women in Business Gibraltar”, and by 2017 WIB had over 100 members and held regular breakfast meetings as well as hosting the annual International Women’s Day dinner.

In 2017, under the current Chair Janet Brear, WIB began to explore ways of modernising the network and aligning WIB’s profile with modern approaches to professional diversity and inclusion as highlighted on an annual basis by the International Women’s Day movement. In particular, the concern was that WIB needed to move away from being perceived as a women only network and to engage in dialogue at a professional level with all professional peers.

In 2018 WIB members voted for a WIB collaboration with the Gibraltar Federation of Small Businesses (GFSB) and in February 2019, five WIB members, who were also members of the GFSB in their own right, were elected onto the Board of the GFSB.

Of the unification, Janet said “We are often asked whether a ‘women’s business network’ is still necessary. At present, the issues and concerns affecting women in the workplace continue to require attention. There are still far fewer women in the boardroom and in politics than there are men, and there is still a considerable pay gap between men and women in like roles. Groups like the GFSB Women in Business still have work to do”.

Julian Byrne, chairperson of the GFSB said “The GFSB is very pleased with this next step forward, the unification of WIB and the GFSB makes perfect sense. We are all working towards the same goals of making Gibraltar a great place to do business, and support business owners along the way. With a greater diversity both on the board and in our membership, we can represent our society in a more balanced way. We look forward to working as one.” 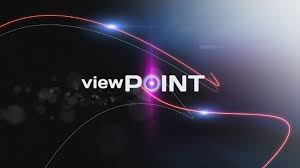 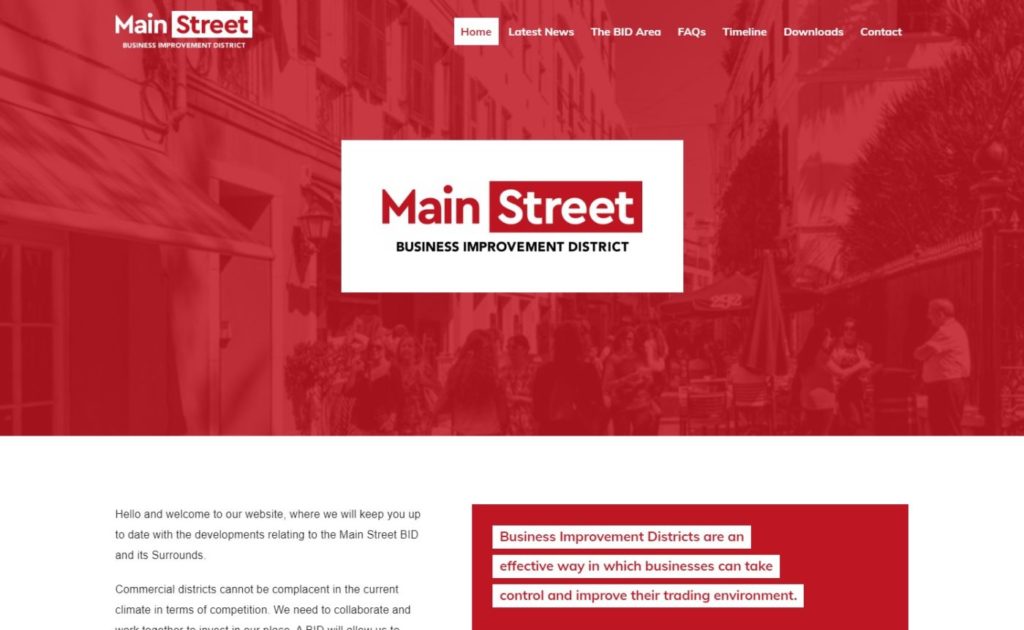 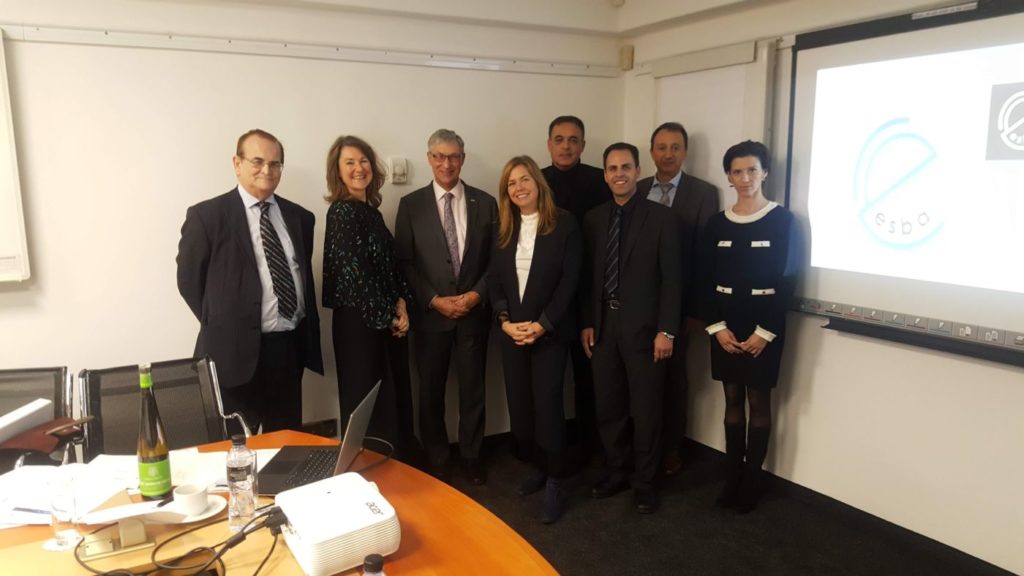 On 22nd November, Eran Shay, GFSB Board Director, attended the Annual General Meeting of ESBA, which the GFSB is a member organisation. The European Small Business Alliance (ESBA) is a non-party political group, which cares for small business entrepreneurs and the self-employed and represents them through targeted EU advocacy and profiling activities.

The event took place in Sofia, Bulgaria and was hosted by the Bulgarian UNION FOR PRIVATE ECONOMIC ENTERPRISE (UPEE).

ESBA is leading several pan-european initiatives which companies that are affiliated with member organisations (such as the GFSB) can benefit from.

We use cookies to ensure that we give you the best experience on our website. If you continue to use this site we will assume that you are happy with it.I AcceptI Do Not AcceptRead more