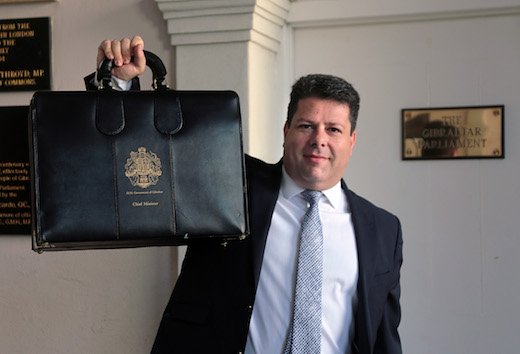 The Gibraltar Chamber of Commerce and the Gibraltar Federation of Small Businesses have both welcomed the Government’s confidence in the current state of the economy, but are disappointed that many of the increases announced in this year’s budget are “significantly higher” than the current rate of inflation of 2 ½ per cent.

They add that, with the continued uncertainty of what Brexit might bring, coupled with continued competition from unregulated businesses from across the border, it “seems unreasonable” for local businesses to be forced to bear a disproportionate share of these cost increases.

A statement continued: “When social insurance costs were increased last year, the Government said that the increase had to be a double digit increase to catch up after so many years without an increase.  At that time, government informed the Chamber that the 10% increase was a one off and future increases would be in line with inflation. Despite this assurance to the Chamber, this year the social insurance costs have increased by 10 per cent or four times the rate of inflation, a total increase of 20% in just over 15 months.

“In his May Day address this year the Chief Minister announced that his government had increased the minimum wage by 20 per cent in the last 6 years.  Inflation over the same period was just 10 per cent. It is the employers who have to pay for these increases. Very few small local businesses have seen their sales grow by 20 per cent or even 10 per cent in the last year. These businesses cannot just hike their prices as even more people would shop in Spain or buy from the increasing number of unlicensed businesses from across the border.

“Nevertheless, other measures announced by the Government are welcome. These include the increase in the prompt payment discount for retail and distributive trades following representations from the Chamber and the GFSB.  The review of the import duty tariff structure is also welcome and we hope that the Government engages both organisations to arrive at a more streamlined and simplified structure.

“The Chamber and the GFSB are encouraged by the comments made by Sir Joe Bossano in relation to the public sector, namely that the rising costs of the civil service are impossible to sustain economically and difficult to justify socially, even without Brexit.  This is something we have been saying for many years and the burden of these rising public sector costs have fallen largely on the private sector. Our members look forward to improved efficiencies from the civil service as well as affordable pay increases in the future.

“Both the Chamber and the Federation would like to re-iterate the impartiality of their respective organisations and urge the Government to address the issues which their members have raised. This is so that all sectors of the local business community can look forward to a bright, competitive and efficient future.”