Home / About / Meet the Board / Ramesh Karnani 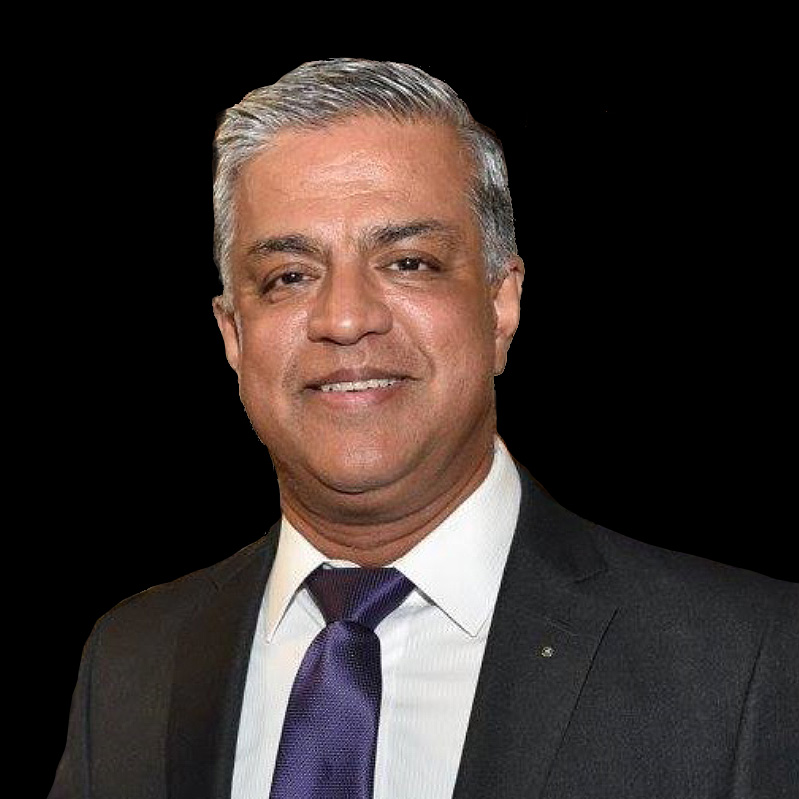 What made you make the move into running your own business?

I was brought up in an environment in which owning and running a business was second nature.
I worked as a telecommunications engineer upon leaving university in 1986. After several years in software and then in marketing, I decided to move back to Gibraltar, just when the mobile phone industry was taking off. As Gibraltar did not have a cellular network, I decided to set up a business in next door La Linea and offer the analogue mobile phones and service to the Gibraltar market. The Spanish analogue signal coverage in Gibraltar was not great, but it worked. Through low-cost advertising and word-of-mouth, I quickly gained a good local customer base. My business offered the setup of the phone line, a choice of handsets and a wide range of accessories. Phones were bulky things back then, and we sold lots of replacement batteries, cases and in-car hands free kits. When Gibtelecom (then Gibraltar Nynex) introduced the local mobile GSM network, I became one of their first ‘agents’.
What were the biggest challenges in the early days and how did you overcome these?

The biggest challenges were starting on a shoestring budget and in another country with different rules. I got into a steep learning curve of do’s and don’ts of Spanish VAT, importing electronic goods, dealing with Telefonica, Spanish company law, banking, dealing with Spanish suppliers and trying to get used to having a 3-hour lunchbreak!
Another big challenge was keeping running costs low. I rented a shop with a low rent however the phone bills would be high due the interprovincial and international calls I had to place.

Did you ever feel like giving up and how did you overcome that?

As the mobile phone industry was growing over the years, I moved with my young family to Madrid and expanded into wholesale and international trading of mobile handsets. I still maintained my businesses in Gibraltar and La Linea. I never had time to think of giving up. It all came to a head, though, when the financial crisis hit in 2008, and Spain went into a deep recession. That was when I decided to return and join my family’s business of retail and real estate in Gibraltar.

Was it difficult at times to balance family commitments and business commitments, and what are your tips for finding that balance?

Yes, it was difficult to find the time to be with my family and stay on top of the business. I eventually managed to be able to spend the weekends with my family. When we went on holidays, I took my laptop with a GSM card so I could be connected even if I was at the beach! No smartphones back then.

What were the biggest mistakes you think you made?

I think I made too hasty a decision in leaving the mobile phones business. Also, I might have specialised too much in one sector.

What would you do differently if you had the chance?

Perhaps I would have diversified the business to offer repairing and upgrade service to our clients. I would also have done more to increase corporate sales.

What are the achievements you are most proud of?

Being the first independent retailer to introduce mobile handsets and accessories to Gibraltar.

What do you think are the most important characteristics of successful business leaders?

Decision making is probably the most important characteristic. Every business, as life itself, is a road that reaches a fork every so often. The business leader has to decide to go left or right. The important thing is to decide which way to take and not to stay put.

What is your favourite thing about being in business?

What is your business dream and has the end game changed for you over the years?

My end game has evolved somewhat. I would like to create a long lasting successful business with good growth prospects. To create employment and be able to contribute to the success of Gibraltar Inc.

Why did you join the GFSB and what are its greatest strengths?

I spent over five years as a committee member at the Hindu Community of Gibraltar, an association that represents the affairs of the local Hindu Community including the numerous retailers.
Through the GFSB I am not only able to represent retailers in the Hindu Community, but to also represent the whole retail community. As mentioned in the previous point, I would like to contribute in whatever way to the success of Gibraltar as a whole.
The GFSB has evolved over the years to become an organisation with as much clout and influence as its much longer standing counterpart, the Gibraltar Chamber of Commerce.
I like meeting people from different business sectors and learning from them. To learn is to grow.